HAND DRIVE CONTROL AS AN OPTION TO THE 200 SERIES

Avant 200 series offers now an option for controlling the forward-reverse drive of the loader directly from the joystick. Because the drive can be controlled with a thumb on the joystick, the driver can drive and control the movements of the boom at the same time. This makes it possible also for paraplegic people to make full use of the machine.

The driver can choose between drive pedals and hand drive: the selection is as easy as a flip of a switch on the dashboard.

We got the idea for the hand drive control from our customers some years ago and we produced then the first customized machines with hand drive. However, at that time we thought that there was still room for approvement so that the use of the loader would be as easy for those people who don’t have functionality in their legs or it has weakened. We introduced the hand drive in the fall 2016 at the Rehacare trade fair in Germany and this time the loader was as easy to use both with hand and with foot – which was our goal all along.

In the pictures you can see the father of the idea from Germany. Bert Pein is a very active Avant user who has already driven an Avant loader of  the former Avant 200 series with hand drive. Mr Pein has been very pleased with the machine which has made it possible for him to work at his farm despite of his condition. 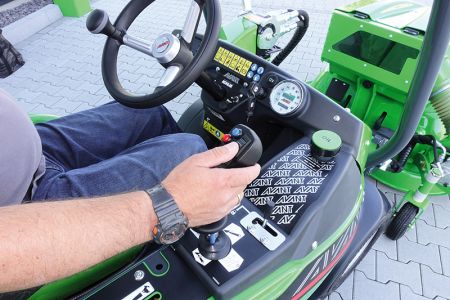 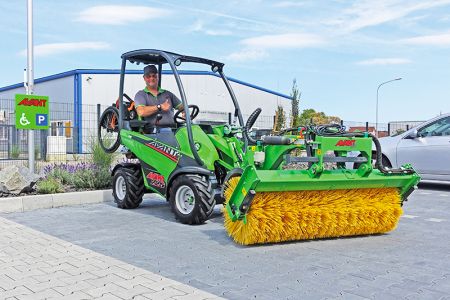 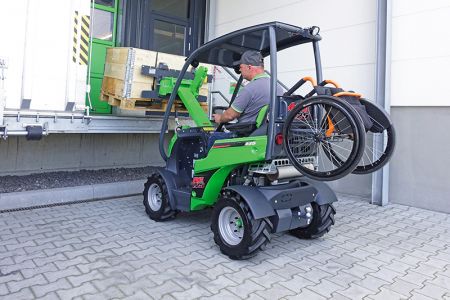 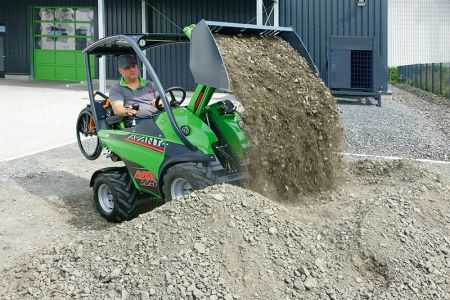