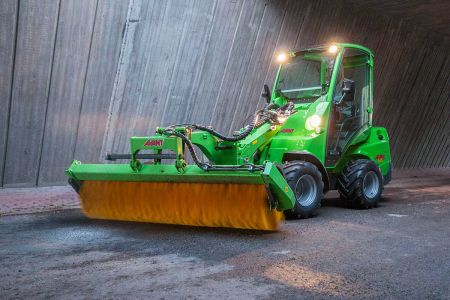 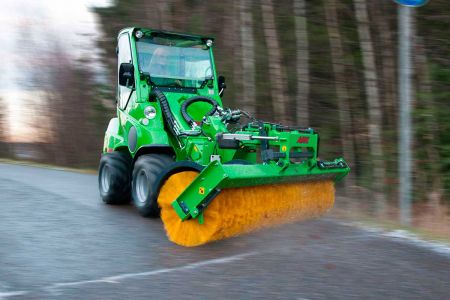 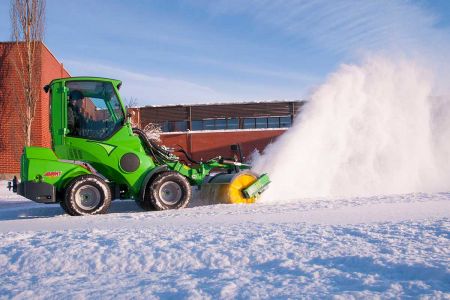 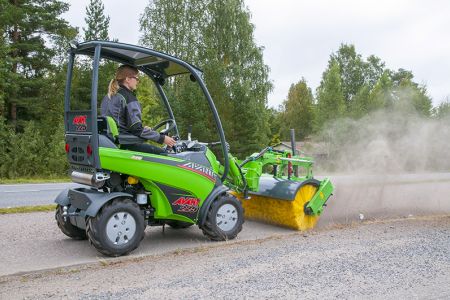 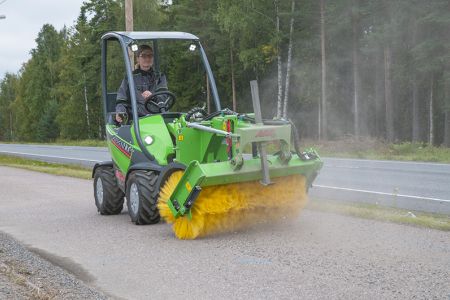 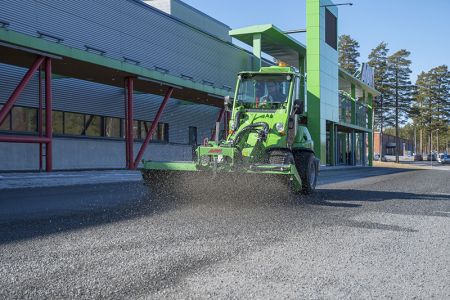 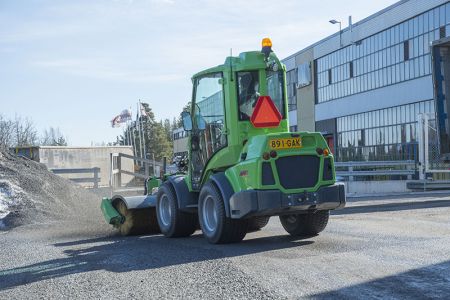 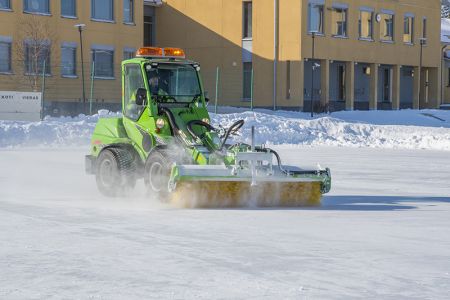 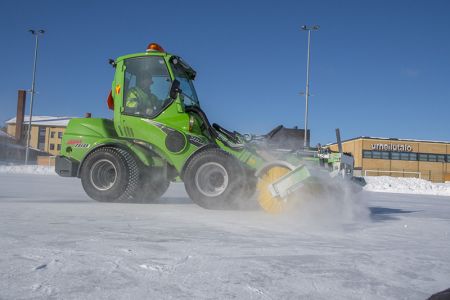 Avant rotary broom is an efficient and easy to use attachment for  various  cleaning  jobs.  Three  working  widths  available,    1100,  1500 and 2000 mm. The 1500 and 2000 mm brooms are equipped as  standard  with  turning  which  is  powered  by  electric  actuator  motor. This means turning of the broom is easily and comfortably operated with a switch from the driver’s seat.

The floating mechanism features as standard the brush resting on its bristles and the whole brush axle is floating freely. This guarantees a noise free float for the brush and a lot of movement space, making sweeping easier. Support wheels are available as an option, for working on sensitive surfaces. The optional rubber lip is intended  for  snow  removal:  it  limits  and  directs  the  snow  spray.  The broom is equipped with supports which can be extended when the  broom  is  not  in  use,  so  that  the  broom  rests  on  the  supports  and the nylon brush doesn’t get damaged during storage.