The new sand/salt spreaders are equipped with a new type spreading system: a hydraulically operated pendulum spreading plate which moves horizontally and spreads the material. Spreading plate height can be adjusted following the material type, which allows the spreading of gravel as well as finer sand and salt. A blocking plate kit, available as an option, is necessary when spreading salt and fine sand (prevents the material from falling out by itself).

The unit spreads about 200-300 mm wider than the spreader’s own width, and thanks to the smooth movement of the spreading plate there is no risk of causing damage to the objects around (parked cars, buildings, etc.). Spreading speed can be adjusted steplessly with a flow divider valve.

The mixing shaft which prevents clogging is mounted on the spreading plate. Mixing shaft doesn’t rotate, which means that a protective mesh is not needed at the discharge gap. The spreader is front mounted as standard and can be tilted down so that it can be loaded like a normal bucket. The rear mounting is possible on Avant 700 series, on the optional self-loading hydraulic rear lift A427547. In this case, the loader must be equipped with the optional rear auxiliary hydraulics outlet and attachment control switch pack for rear-mounted attachments. Rear lights are also available as an option. 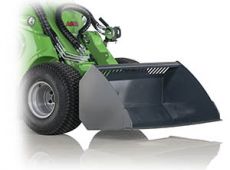 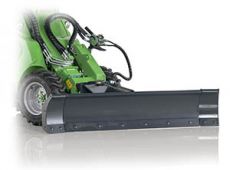 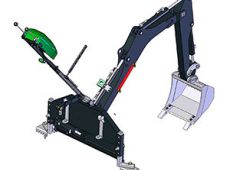 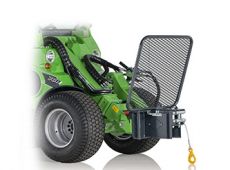 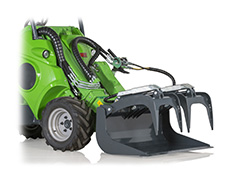 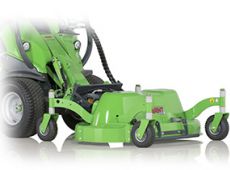